Chinese New Year is a time for gathering with friends and family and with all gatherings come feasting - lots of it.

Have you ever wondered why do we eat certain foods during Chinese New Year? Why can't we gorge on fried chicken and fried rice instead? Join us as we learn the meaning and symbolism behind 8 popular Chinese New Year traditional foods. 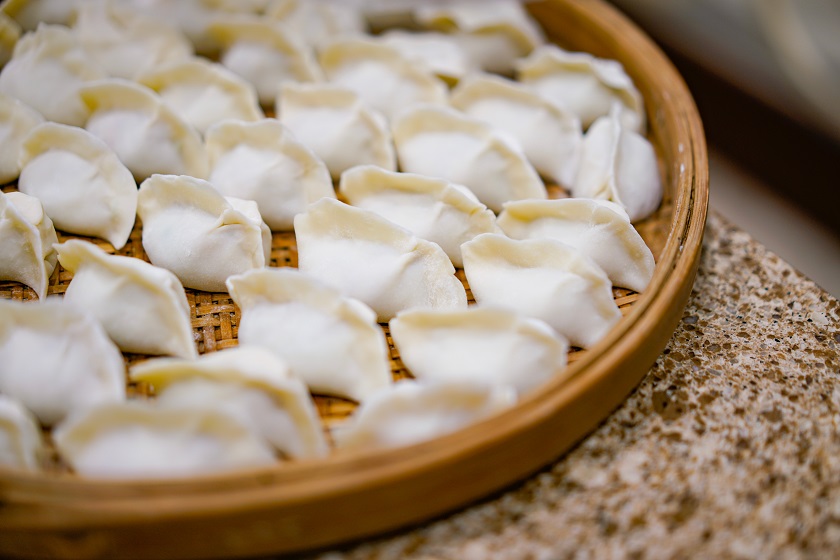 Jiao zi, or dumplings, are traditionally prepared on Chinese New Year's Eve and then eaten on the stroke of midnight. The main reason why the Chinese eat dumplings on Chinese New Year is because they resemble a silver or gold ingot, and hence are believed to bring in wealth and prosperity for the coming new year. The Chinese also believed the more dumplings you eat, the more luck you will have for the new year!

But remember, getting admitted to the A&E for choking is not a lucky start to the new year, so take it easy on the gorging. 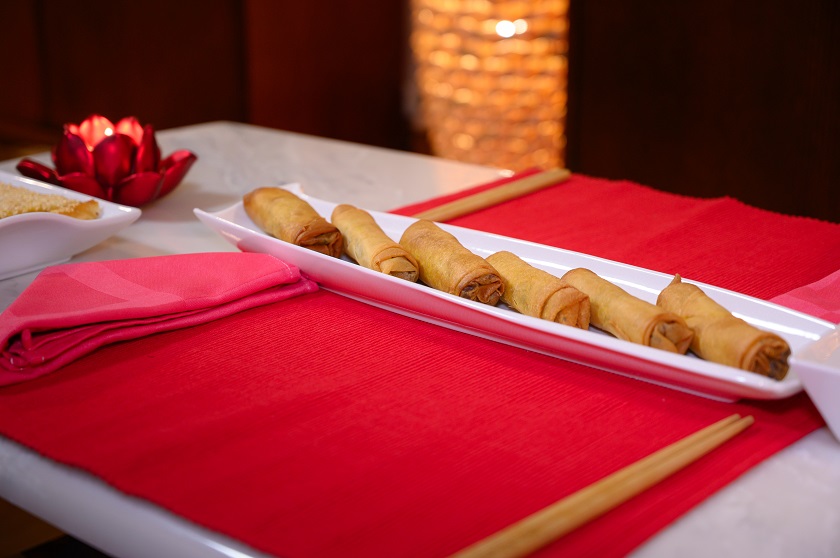 Spring rolls, or chun juan, are named as such because of their origins as a spring festival food. Chinese New Year is also called 'Spring Festival' in Mandarin, as the new year marks the start of the spring season on the lunar calendar.

Spring rolls resemble gold bars when stacked and are believed to bring wealth and prosperity to those who eat it.

Just don't bring the wrong 'gold bars' to the bank! 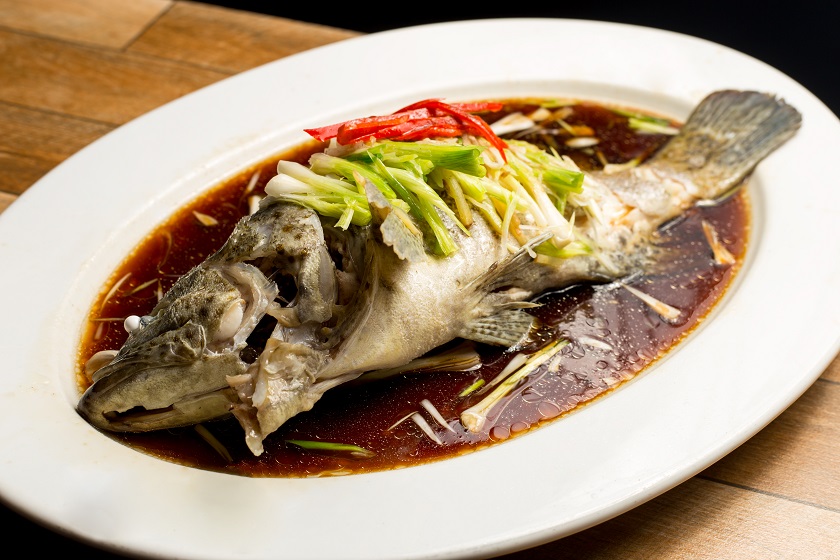 No fish, no party

A Chinese New Year feast without fish is well, just too fishy.

Fish, or yu in Mandarin, sounds like the Mandarin pronunciation of abundance, and are hence believed to symbolise a year of abundance. Did you know? The head of the fish should be pointed toward the elders of the family as a sign of respect.

Now that makes it harder to reach for the tender meat at the cheeks.. 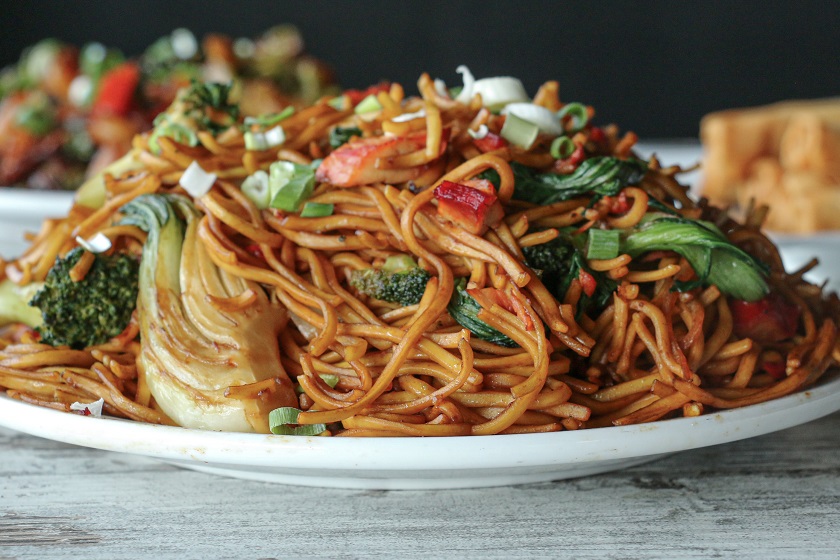 What is long, tasty, and enjoyed by many? Noodles, of course. Long and uncut noodles symbolise a wish for longevity. You must be careful not to break the noodles while slurping though, as it's considered bad luck.

Some things are just better long. 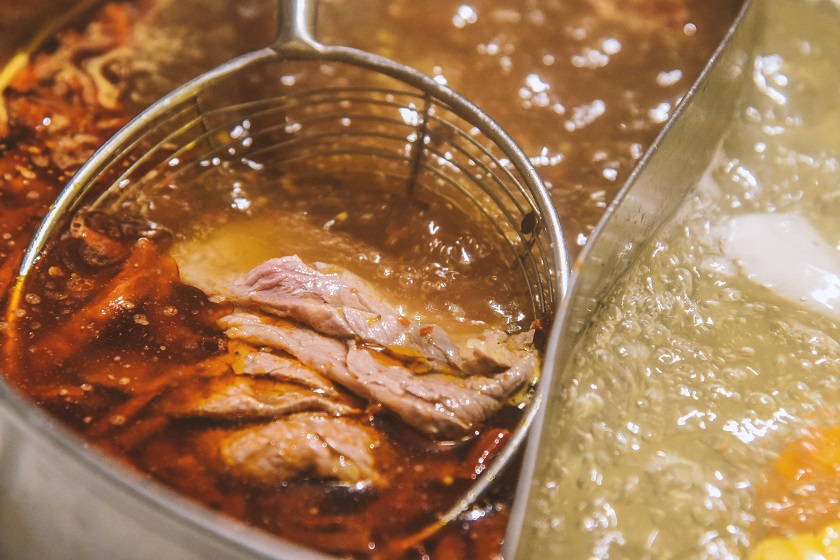 The quintessential Chinese New Year food, especially in northern China. Eating hotpot requires everyone to gather around the table and creates a warm environment. The boiling broth also symbolises a prosperous new year.

Maybe that's why Hai Di Lao has been opening outlet after outlet..

Mandarin oranges have a glossy outer skin which makes them glamourous and gold-like, and anything remotely resembling gold is certainly going to be a hot item during Chinese New Year. 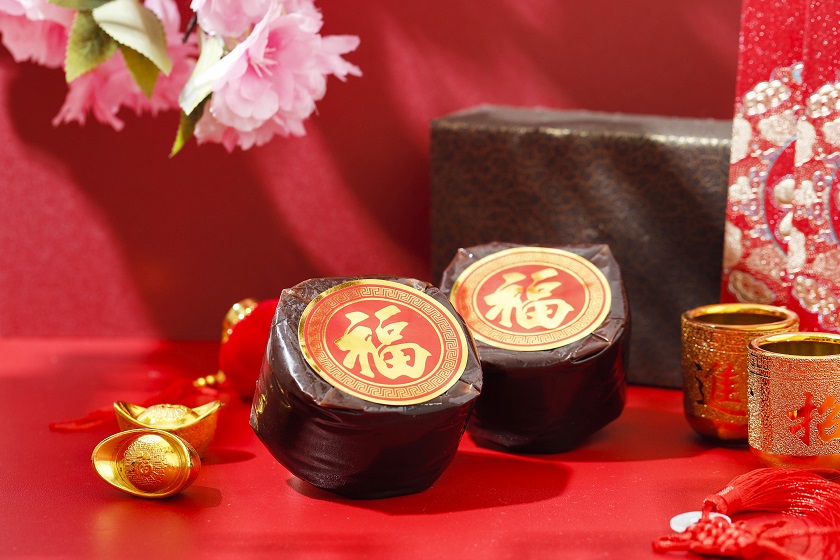 It's not CNY without some nian gao

Again, another wordplay - nian gao sounds like 'getting higher year on year' in Mandarin and is thus believed to bring health and wealth for the new year. This sticky rice flour cake was originally used as an offering during ritual ceremonies. It is now enjoyed by Chinese worldwide, especially those with a sweet tooth.

Fa gao, or prosperity cake, is a traditional Chinese cupcake-like steamed pastry made from rice flour, yeast, and sugar. It is characterised by its split top consisting of 3 to 4 segments.

Besides Chinese New Year, it is also common to see fa gao during Chinese ceremonial events and weddings. Just be sure to get the pronunciation accurate.

Chinese New Year in Singapore has traditionally been a celebration of family and friends. From the entire team at meREWARDS, we would like to wish all readers an abundant and prosperous Year of the Rabbit! Happy Tu-gether!

Feast on more with 1-for-1 deals at Chinese restaurants here!